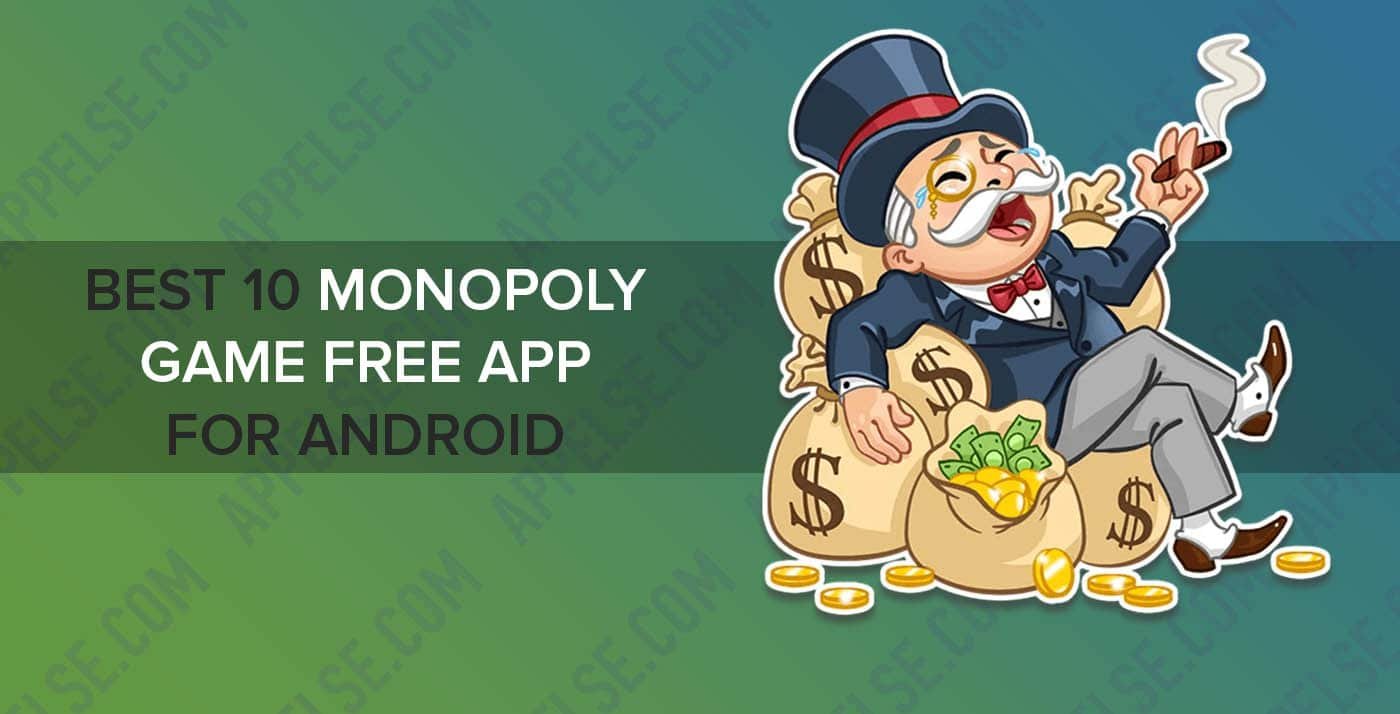 Monopoly is the most popular economic board game title in the world. This can be said for today and always. The game offers simple rules and a lot of excitement that help everyone to immerse themselves in building a successful business empire, where surprises and dangers lurk at every turn. Only a few actions separate the player from millions and bankruptcy, and there everything depends on luck. The replayability factor is colossal, and everyone who has played Monopoly at least once wants to play it again. And again. The game is suitable for children and adults, useful for a family evening or a meeting of friends with equal interest. But today, a person can have fun not only at the table with friends and loved ones but also on the screen of a mobile phone. Convenient Monopoly board game app options are available in Google Play for every taste. This applies to traditional and original versions of the game. All the best Monopoly game app options are collected in this article.

We bring to the attention of the user a complete analog of Monopoly, where the user can learn the basics of entrepreneurship by gradually increasing wealth and organizing the work of his own business. This is probably the best Monopoly game app for Android for today. The user must gradually squeeze out competitors from the playing field in order to achieve victory in economic terms. The set of objects is slightly different from the traditional one and corresponds to the spirit of the time. If the user adheres to several game rules sequentially, this will help the player achieve success in the fight against opponents. The theme of the Wild West is also available here. A monopolist can play this Monopoly game app free online, or with bots at one of three difficulty levels: easy, medium, difficult.

What about vibrant and spectacular three-dimensional graphics with juicy animations in the gameplay? Board Kings Monopoly game app for Android offers the gameplay of an exciting board game with many elements of Monopoly. Each player has his own game chip, which moves around the game board with a die roll. Chips are moved around the cells where a person can buy buildings or activate in-game events. Gradually, the user accumulates real estate, receives money and competes with opponents. Also, the user can open new buildings for money, fight opponents and destroy their empire. The rules here for this Monopoly game app free for Android are simple and intuitive as a whole for everyone, and the gameplay and wrapper will not leave anyone indifferent.

A fairly simple Monopoly Android board game choice, which is characterized by the simplicity of all elements of the game process, as well as wide user popularity. Many interesting additions are implemented here, which qualitatively and painlessly develop the basic game concept of Monopoly. The general rules are about the same, and the user must move around the field, build a business empire, earn money and gradually buy up the property of competitors in order to bring them to bankruptcy. The user can also sell currency, take part in auctions, play bonus cards and much more. A person can play with other players online, or against a computer of varying difficulty to choose from. Users also note nice graphics and animations as an additional positive side of this Monopoly board game app for Android.

Europoly free Monopoly board game for Android is practically indistinguishable from the traditional Monopoly concept. The game has all the basic visual characteristics of the classic version and offers quite restrained, but pleasant visual solutions. The gameplay is developing in Europe. The user must move around the classic playing field to buy real estate or take part in situations on the game board. The goal of the game is to buy up game cards, to accumulate funds and to oust other competitors from the board in every sense. The ultimate goal is to turn all but one player into bankrupt. The gameplay and atmosphere of this Monopoly board gaming app are traditional in every sense. Companies can play up to four people at a time.

MONOPOLY Bingo aims to combine traditional rules with another popular game. This Monopoly gaming app opens up unique opportunities that allow player to qualitatively diversify the gameplay and strengthen the replayability factor. Popularity and success is underlined by millions of downloads. The user must play Bingo on one or several cards simultaneously, accumulate resources and build a personal empire. It is possible to play online, or with friends. It implements many visual aspects that make the gameplay enjoyable. Monopoly cards need to be accumulated and used for development. The user has the opportunity to buy in-game property and attributes for real money while playing this free monopolia board game for Android.

An offshoot of the game described above, with the emphasis on international flavor. While playing this Monopoly mobile board game app, the player adheres to the same rules of Monopoly and Bingo for the construction and development of his own empire, but the number of locations and surroundings is expanding significantly. Locations and game events from all the players on the planet are available here, and all this is implemented in a very exciting and economically sound game mechanics. Everyone can spend an unforgettable time in company with friends, collecting bonuses and trying unique cards in the game. Competitions will help person win more cards. Multilevel bonuses give additional marks and expand gaming opportunities. Only by trying this Monopoly mobile game app once, a person can fully understand all the facets and aspects of the gameplay. A couple of words can’t describe everything!

Everyone should also try playing Card Monopoly (free Monopoly board game option for Android). This game preserves the atmosphere of classical Monopoly but offers original rules. The user will need a minimum of time to understand the game aspects of the gameplay and begin an exciting journey in the company of friends. Here the user will have to occupy, fight with opponents, conduct trade and not only. The interface is very convenient and intuitive. Person can play an exciting game in a small amount of time, which is a significant positive side of the game.

This monopoly game (Android) invites us to go to the fictional town of Arctopia to become the owners of the coffee empire. The user must systematically build a business and develop maximum profits from all aspects of the gameplay. This will require detailed knowledge of the playing space and the current situation at any given time. A careful approach to the development of all economic components will reach heights. Each decision made in this game about monopolists leads to serious consequences, and can negatively affect the life of the town and its inhabitants. This free Monopoly game for Android phone constantly supports users with prompts and helps to adapt to the game in the virtual world as efficiently as possible.

This is not a classic desktop Monopoly, but a fascinating and dynamic economic free Monopoly game for Android. The user has a cool opportunity to build a real estate empire in a big city in order to get rich and become an infirm person. All aspects of the gameplay, including economics, trade. Users can trade digital objects, and the highlight will be the use of augmented reality technology to transfer real-world geolocation locations as in-game content. The game starts with minimal funds and gradually the user needs to buy and build all new buildings that generate income. A nice graphic component is a cool addition to friendly and intuitive gameplay.

Another interesting and original crossover in the world of gaming applications, which allows the player to join the world of Monopoly through a casino. Namely, we are talking about slot machines that offer a bright and exciting, maximum gamble gameplay in spectacular three-dimensional surroundings. But elements of an economic strategy are also present here, and the user will help develop the city through in-game wins. Money can be spent on the construction of buildings, which bring more and more income. The funds received are available for use in the game. Players fight for success and recognition in general game ratings.