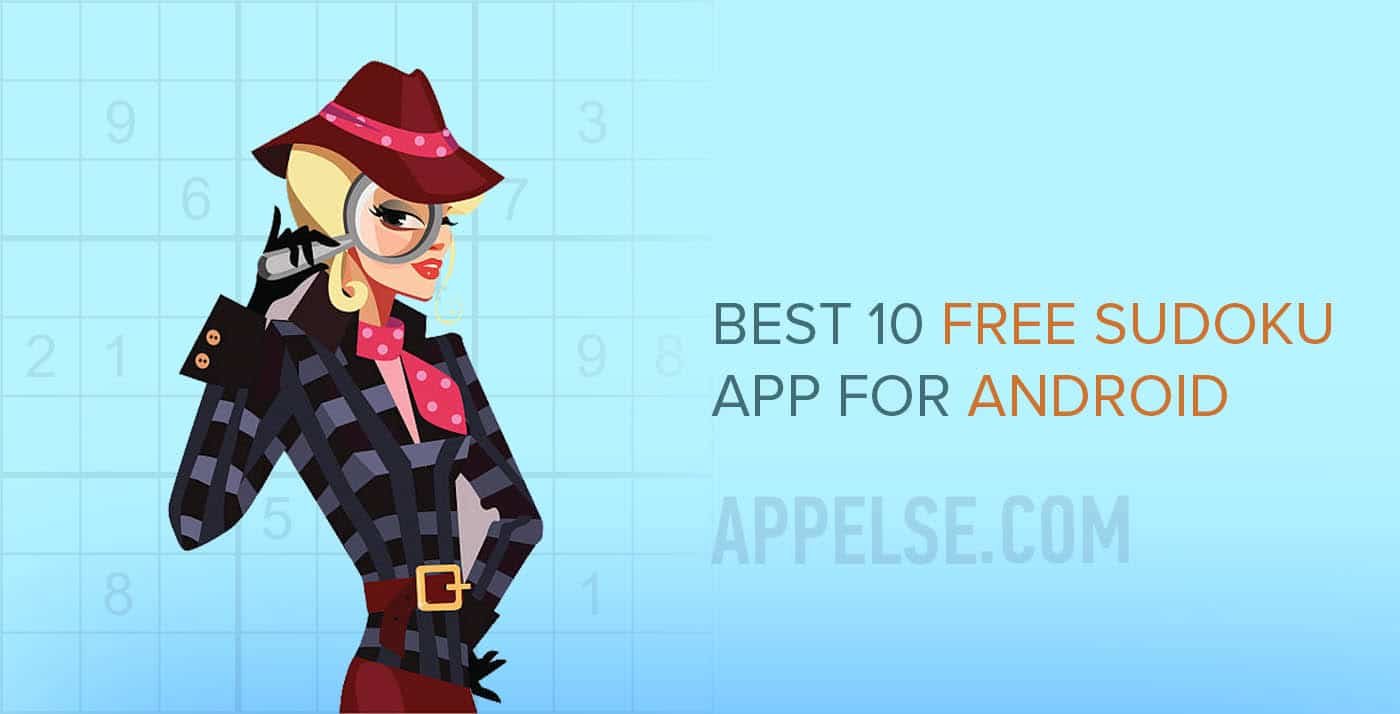 Sudoku is a math puzzle. It has become widespread throughout the world due to its fascination. It is necessary to concentrate attention, memory, and engage logical thinking to solve it. Lots of people eve that the game is of Japanese origin. It is impossible to give an exact answer to this question, but the first known prototypes of the puzzle appeared in Europe in the 18th century, and the game became the first known in our time in the USA in the late 1970s, and then it was called Sudoku. The craze about Sudoku in Japan began in the 1980s, and the current game rules were established there.

What are the basic rules of the game?

The puzzle is based on the Latin square. The field for the game is made in the form of this particular geometric figure, each side of which consists of 9 cells. A large square is filled with small square blocks, sub-squares, with a side in three cells. At the beginning of the game, some “prompts” are already presented.

It is necessary to fill in all the remaining empty cells with numbers from 1 to 9. The player need to fill the numbers in the gaps, and the numbers can’t repeat, in each column, in each row and in any of the small squares. Thus, numbers from one to nine will be located in each row and each column of the large square, and any small square will also contain these numbers without repetition.

Sudoku is actively published in print, but users can play via mobile devices today. Let’s see the most popular free Sudoku for Android phones. 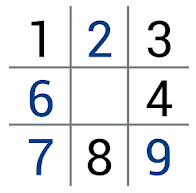 This free sudoku app for Android is the perfect way to strain logic. For user convenience, four very flexible complexity options are available: Easy, Medium, Difficult and Expert game modes. During the game, the person must carefully analyze and enter the numbers, since only three options of wrong decisions are available. In the field, there is an opportunity to mark a possible number, which is supposed to be placed in the field later.

the user also has the ability to click on a single digit for a long time and expose it in possibly suitable cells. The game offers an abundance of themes that can be used in the process. The dark theme fits best into the gameplay at night. Daily Challenges are available to improve Sudoku skills. 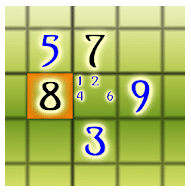 Sudoku 2Go Free is a free Sudoku app with a lot of non-standard features. It can catch everyone into the long hours of furious gameplay.

Here are some non-standard variations of the game that every fan of the original should try to taste: X-Sudoku, Hyper-Sudoku, Percent-Sudoku, Color-Sudoku and Squiggly Sudoku. In addition, five levels of difficulty, ten varieties of the game as a whole and two hundred playing fields for each type of Sudoku and each of the five levels of difficulty presented add diversity.

Among the useful functions there is the ability to cancel the move. It will also be useful for players to familiarize themselves with game statistics, which are collected meticulously. This application will provide the user with game situations for every taste every day.

This is probably the best free Sudoku app for Android at market to the moment. The game pleases users with a very nice and convenient interface. One hundred puzzles from five difficulty levels are initially available for gamers of any level. For each level, user statistics on the speed of completing are displayed, which adds excitement and replayability.

In addition to the above, extensive options for user settings deserve attention. The user has the opportunity to choose the coloring of the board and font to your taste. Each level has special statistics. Through the game progress, each user will open access to 500 game fields of different difficulty. 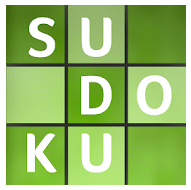 Let’s pay attention to another example of canonical best free Sudoku app. The first thing that strikes the imagination is the abundance of design options and themes to the taste of the player. It is also important to note the flexible gradation of difficulty levels. The user can start with a training level and gradually switch to impossible puzzles over five difficulty levels. All game achievements stored in user statistics and can be presented in a convenient way.

In addition, the game has no restrictions on moves and time. Each player has the opportunity to take the wrong actions without serious sanctions. For tough situations and impossible difficulty levels, competent and unobtrusive hints are available. For convenience, the user can make preliminary numerical marks in cells where there is no confidence in the accuracy of the decision.

Sudoku 10’000 Free is another one option from the list of free Sudoku games for Android. This is a luxurious and multifaceted choice of best free Sudoku (Android phones) for beginners and professionals of any level at the same time. Of particular note is the global competition field, where each level has a global leaderboard. Each player will be able to evaluate their own level of play relative to world leaders and all players in general. Achievements earn extra points.

Sudoku 10’000 Free Sudoku app for phone is appreciated for the hint options useful while solving puzzles. Each game level can be analyzed for difficulty to provide the user with recommendations on how to complete it. So a novice can easily develop skills and reach the expert level quickly. Puzzles can be randomly created, cataloged and stored. 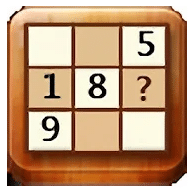 A great and another one best Sudoku app (Android) with lots of additions and improvements according to the wishes and needs of the players.

In addition to the standard gaming options, users have the opportunity to fight in their favorite puzzle in six new game modes. The developers also bet on updating the graphics and interface, and Sudoku 2 is just a very beautiful solution of its kind to choose. Add to the above also the ability to generate playing fields in unlimited quantities within three difficulty levels and the great gaming experience is ready to use!

Game instructions and tips are presented. It is possible to save the process to continue playing the game at any convenient time. This Sudoku app free download is available in Google Play. 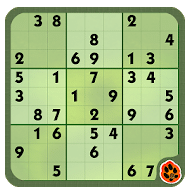 Make a tough test for the brain and go through the game story to become an expert in this Sudoku app (Android). Best Sudoku is similar to all the analogs on this list, but the charming graphics and design do their job. It is impossible to ignore this application.

The requirements for the player are quite strict. The user has only three error rights on one playing field. The game has several levels of difficulty, and the most difficult Master mode becomes available only after completing the whole story.

Among the nice additions and bonuses of this Sudoku for Android, there’s worth noting the abundance of gaming languages, as well as many options for checking the correct placement of numbers. 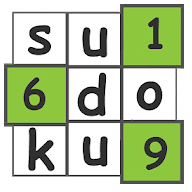 Sudoku Plus is the best Sudoku game for Android that pleases at first glance with a friendly user interface that does not distract from the game and gives a comprehensive understanding of the possibilities. But besides the perfect interface, there are many advantages.

First, a set of four thousand puzzles within four difficulty levels stands apart. Both beginners and experts of any level will not have to be bored for dozens of hours of play. Also, the abundance of themes for every taste is pleasing so much. Game fields can be filtered and saved in folders for the convenience of the gameplay. Pleasant bonuses of this best app for Sudoku are functions of cancellation of the course and temporary filling of the gap. 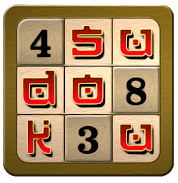 Sudoku Master is a Sudoku game for Android that has a great selection of puzzles with excellent visual design and a wide range of functions. Convenient gaming options include levels for absolute beginners and experts at different levels, which gives versatility. The gameplay is intuitive due to the pleasant and thoughtful design and simple controls. In total, several thousand playing fields for every taste are available. You won’t be bored!

Two main game modes are available: classic and casual. The second option is a valuable solution for beginners: incorrect moves will be deleted automatically. This allows the user to work out qualitatively when playing hard level games. All the notes can be made with a pencil in a game field. A database of specific game features is available. User statistics are constantly collected.

Sudoku – The  Clean One 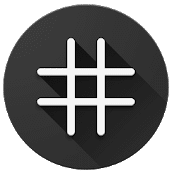 Extremely minimalistic option for those who are only interested in the game. There is not even a color variety of the interface, everything is done in shades between black and white. A simple animation and flexible difficulty settings, which include four modes for complete beginners and game masters of various levels, also add to the pleasures. Additional options are also presented, including a game timer and the ability to pre-mark a digit in a gap, which simplifies the passage of the playing field.

Sudoku – The Clean One is a real treat for fans of classic gameplay. If other applications do not attract attention, then the user does not need excesses. But here there are none. This is a great option for Sudoku for Android tablet.

The user can also search for another nice game options, such as Genina sudoku apps for Android. There’s a lot of everything on the theme at Google Play!